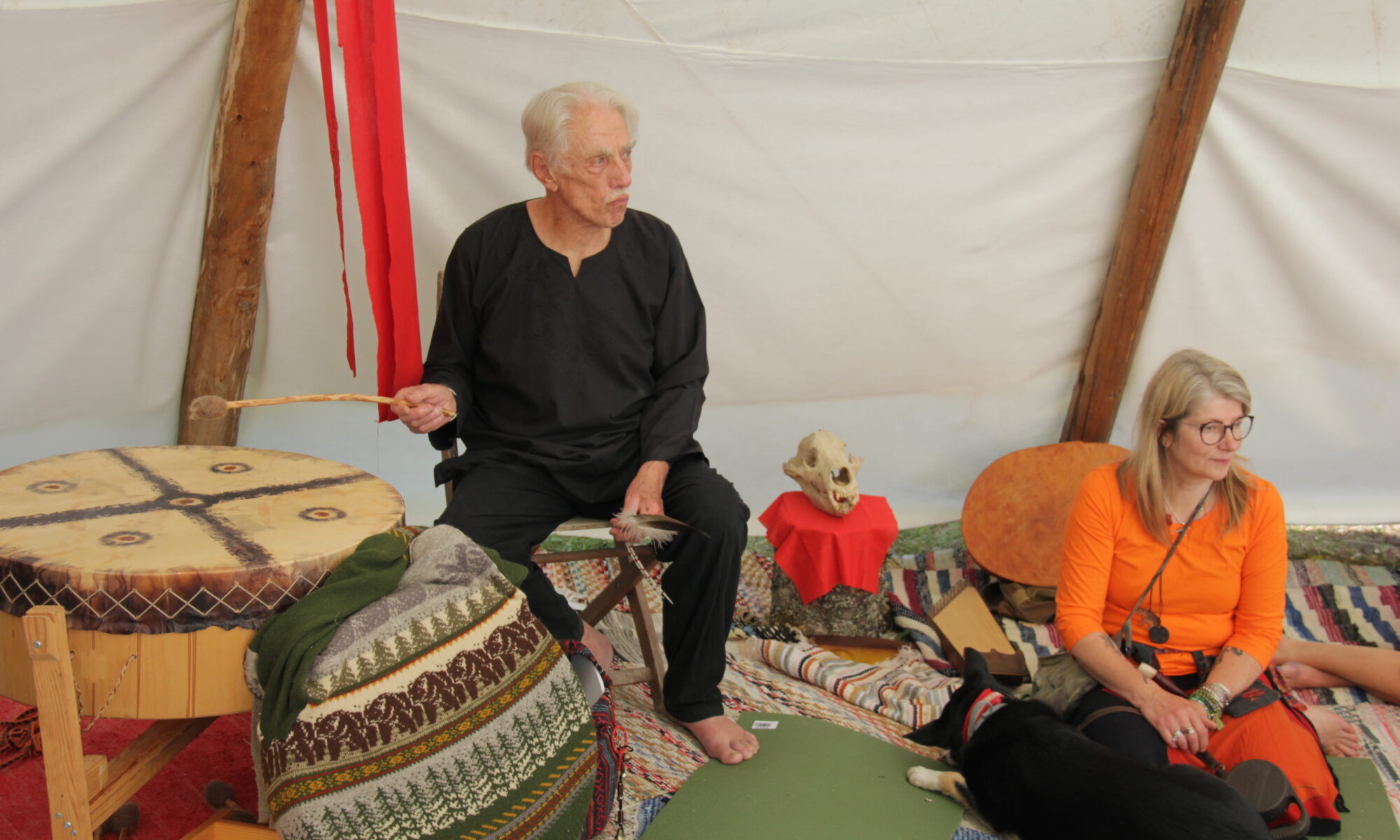 After having an interview with Teemu Kassila about the early days of Four winds, some questions rose and Charles Lawrence is the one you can ask. As many of you know, Charles has been part of our community for decades and we appreciate him as our elder.

Charles came to Finland as a companion to Grandmother Carolyn on their way to Soviet Union as a part of Grandmothers for Peace tour in 1989. Bypass was in Helsinki and Charles started to get to know people active here at that time like Johannes Setälä, Teemu Kassila and others.

But what comes to Charles’ path in spirituality, that all started way back. Charles says that he was recognized by elders as chosen one at the time when he started to awaken from the cultural conditioning and everyday circles of business, working life etc.

Charles has very special bond to Hopi elder Grandmother Carolyn and he was guided by other elder by vision to get to meet her in Hotevilla, Arizona. Many of you, members to Four Winds, have heard Charles’ story about this. Roads in the desert of Arizona were at that time dirt roads and had no road signs. In those parts, during winter, you might get heavy snow fall and as Charles was driving he got into snowstorm. He drove without knowing the way and made turns intuitively. Finally he got somewhere and saw a person out there in the snow. He got out of his car and asked this person, described as “little bundle of blankets out by a woodpile” (who was chopping firewood) if she knew way to Grandmother Carolyn Tawangyama. Reply was short:“What do you want her for?” Charles replied “I was told to come to meet her.” Grandmother replied:“Well, you are looking at her!”and gave Charles the axe! This is how they met and Charles started to help her carrying the firewood and later on teachings. Charles was adopted by Grandmother Carolyn to her legal son. Part of Grandmother Carolyn’s path was to give Hopi prophecy forward to (House of Mica) U.N. Charles also had part in this process. These prophecies are described in the Prophecy rock, sacred to Hopi.

Hopi Elders, Thomas, Titus, Carolyn and others taught Charles the Hopi way. Teachings were sometimes very practical – about the planting of the seeds and making the harvest in the Autumn of corn, squash and beans. Also Charles attended rituals and prayers in Kiwa and took part in dances and catherings. “Hopi take it about 30 years to look at you, after 30 years I was “baptized” to Hopi”, Charles tells. Also part of Charles’training of becoming a teacher himself and an elder has included gatherings and working together with many elders like Wallace Black Elk from the Lakota tribe.

In the path of spirituality one might experience strong things and events impossible to explain. One of these experiences to Charles is the time when the Creator God of Hopi, Massau, appeared to him at Grandmother’s house. This sight lasted for many hours.

Later on in Finland Charles has got to know with Markku Lehmuskallio and Anastasia Lapsui, Tuomas Rounakari and many, many others on their own paths.

To Charles Four Winds is a family and for us he is our Grandpa. With long talk to Charles what is most interesting is the way spirits work with us. It is surprising how people get to know each other and how our destinies or futures are woven together in many ways. From native perspective it is Iktome, who weaves the web of life and the knots to make connections that we experience.

Four Winds summer event in Lapland have changed location from north to south. New event name will be North Wind. North is still part of the event theme.
Four Winds North Wind -summer event will be organized at New Fire Center on 29th to 31st of July. (Haukantie 471, 09220 Sammatti, Finland)

Now is possible to buy tickets to Four Winds “North Wind” summer event. Check out tickets and detailed program information. There will be special Lakota sweat lodge ceremony from Black Elk tradition!
You are warmly welcomed! 🌿

Summer camp Dances With Winds has been postponed to 2021.

An interview with Charles Lawrence who talks about some turning points of his life. Length 40 minutes.
Made by Kalle Kuisma in May 2019. Wonderful photographs by Lea Kömi presented in the gallery. 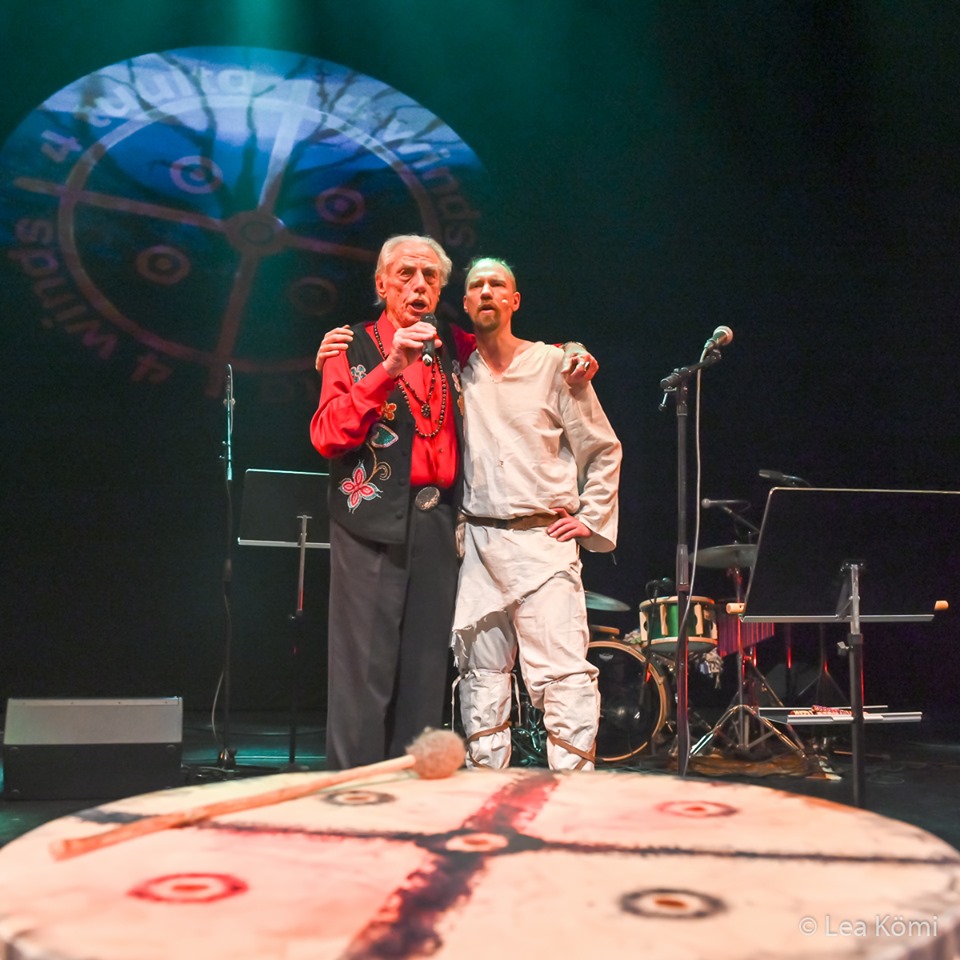 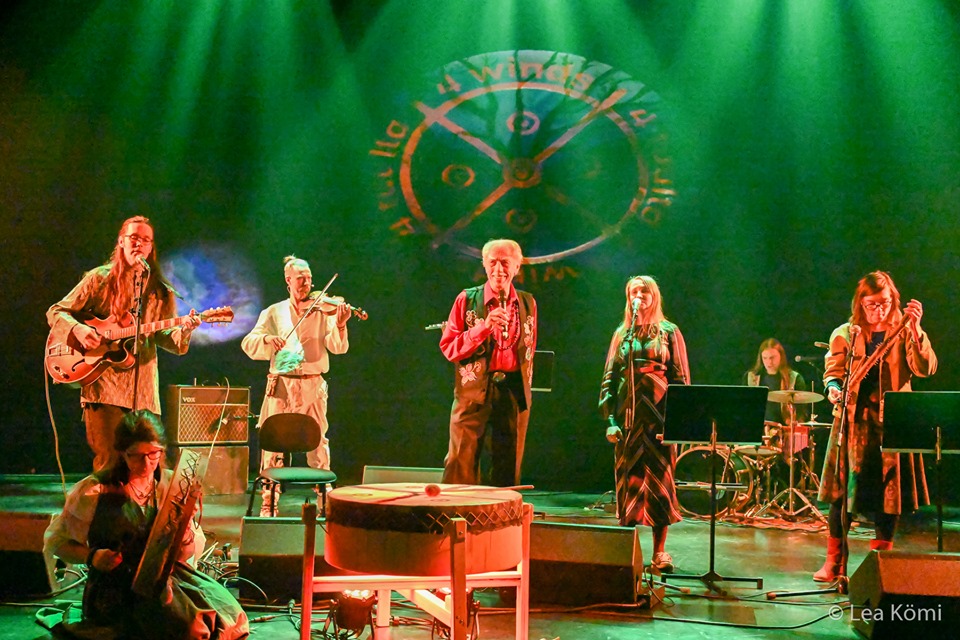 One is Our Earth – Four Winds Concert in Malmisali, Helsinki on 10th May 2019 was one of the kind, and surely left its mark to everyone participating.

Hopi elders in the village of Hotevilla (Arizona) relate the story of their people’s history. As witnesses themselves, they tell about their peaceful resistance against the American government’s ex¬propriating their land and depriving them of their rights. The film shows the beauty of their culture, putting its threatened existence into a global perspective. This unique document of both current and historical images is a plea for the dignity of all peoples and for ecological balance on this earth – a legacy of lasting political relevance. part 2
Techqua Ikachi is the story of Land and Life told by Hopi Elders.
Grandmother Carolyn Tawangyama is also in the film, which was made in 1989.
The film is in two parts and has subtitles in English. 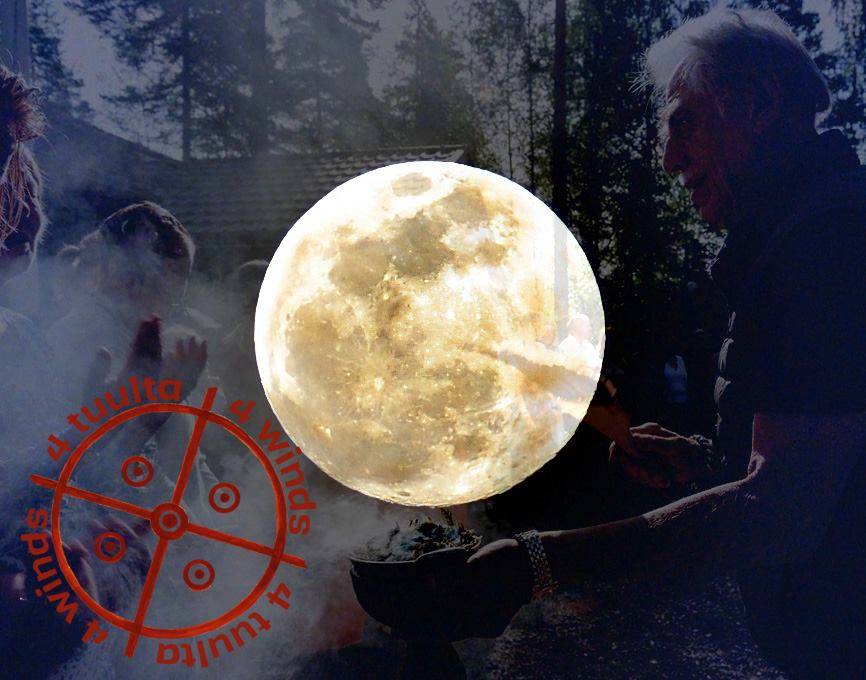 45 € Four Winds members or 50 € otherwise. Send mail to tell that you will be there: info(at)fourwinds.fi / Paymenents: vweb shop or with cash on the door.

There’s a break so bring a lunch if you like. Tea and snacks available.